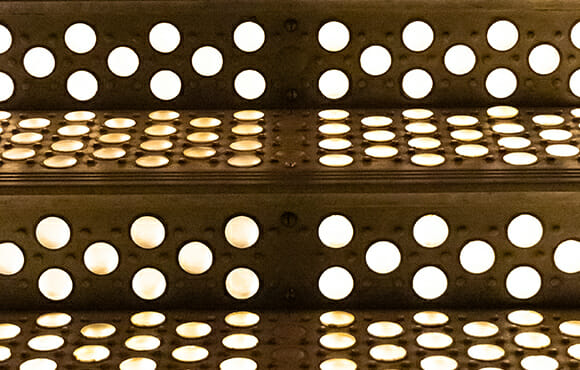 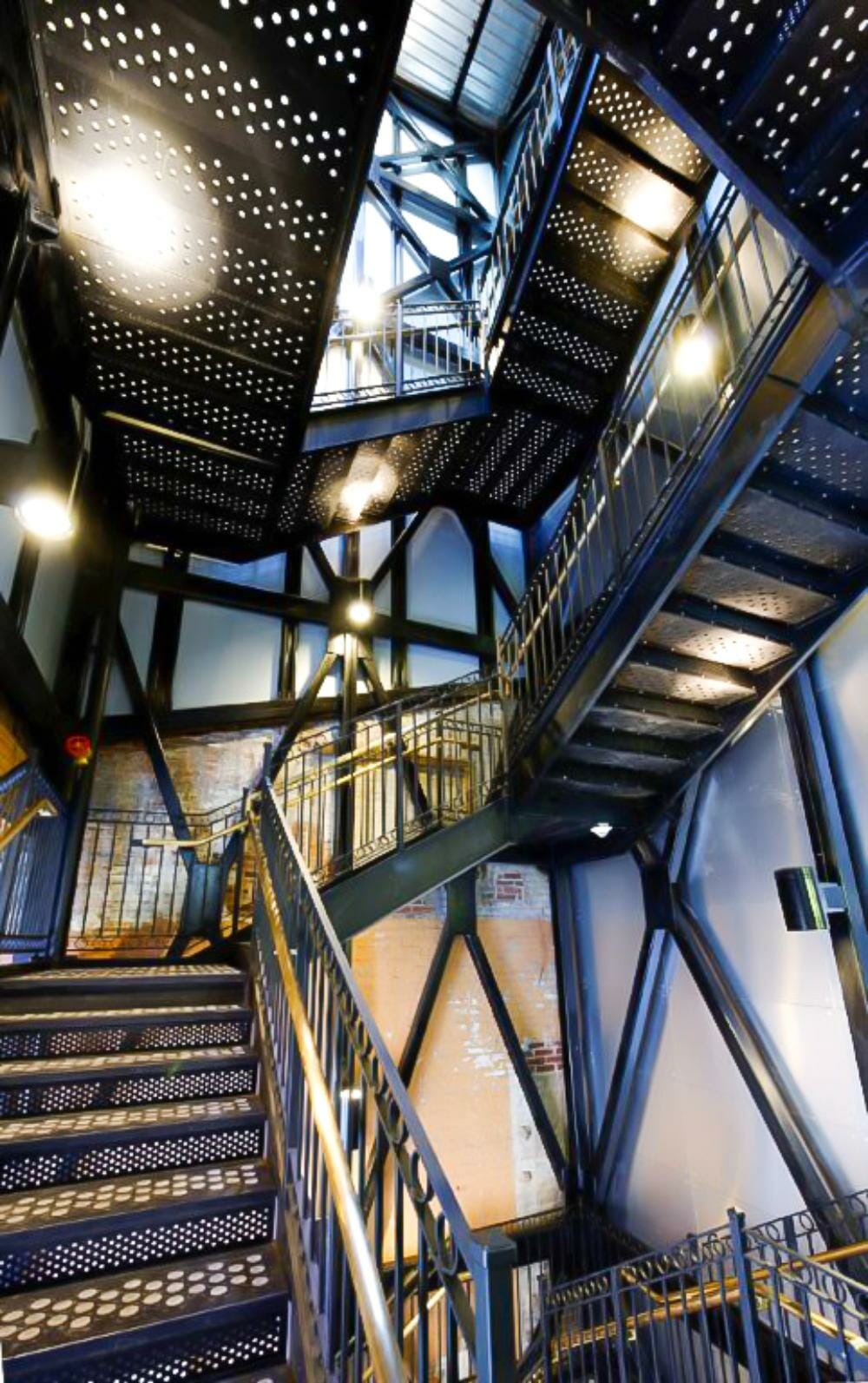 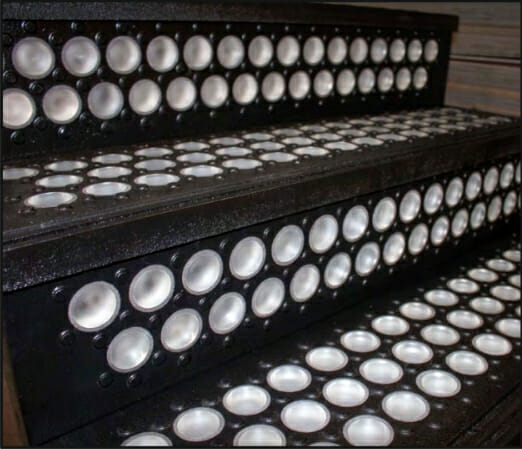 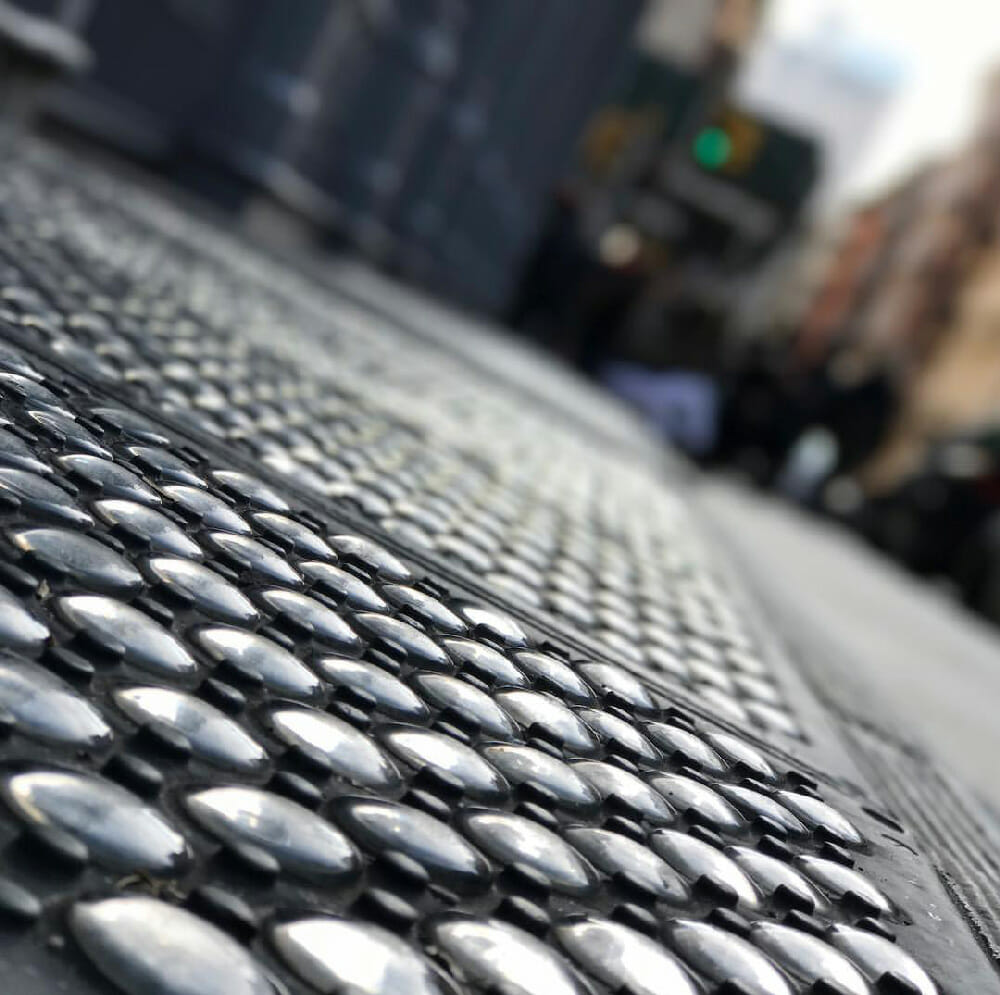 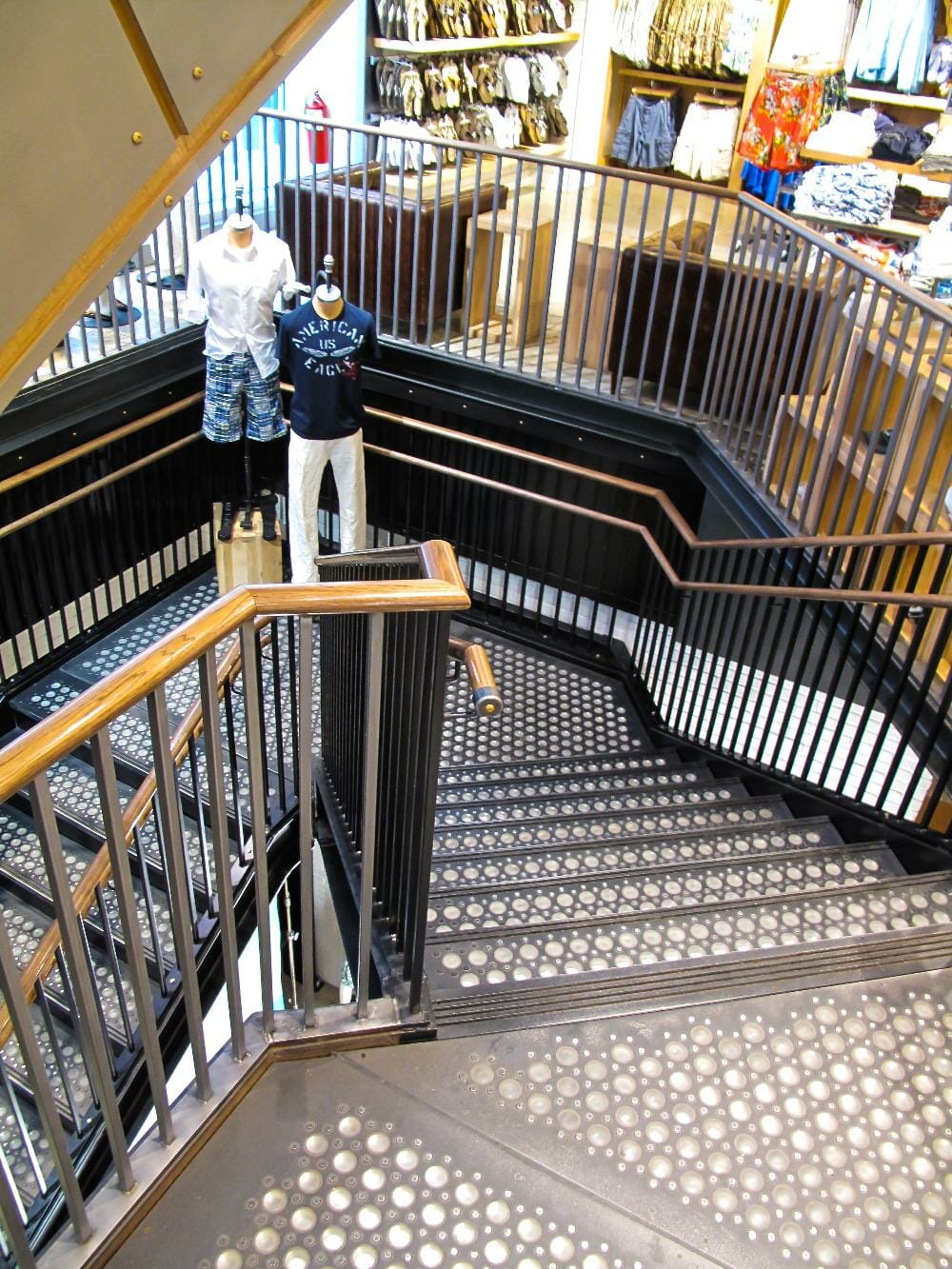 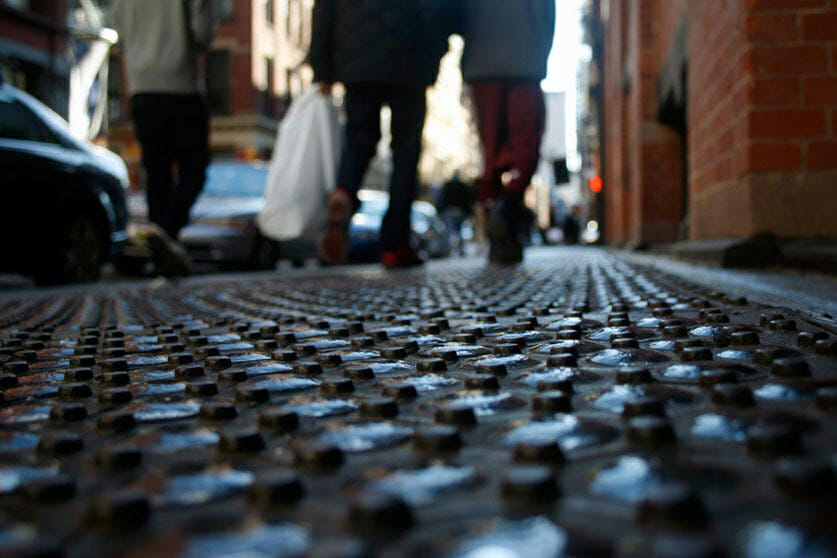 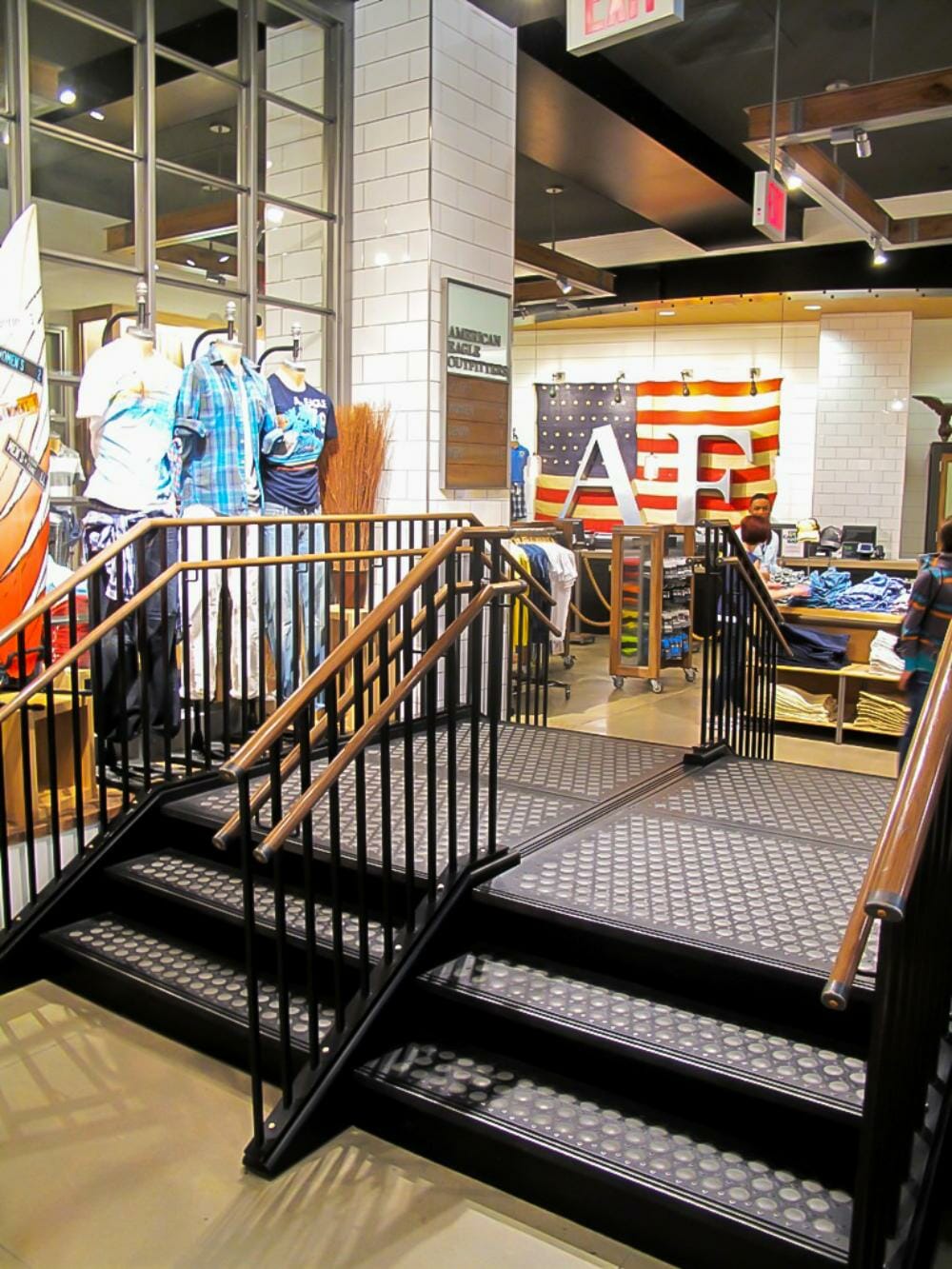 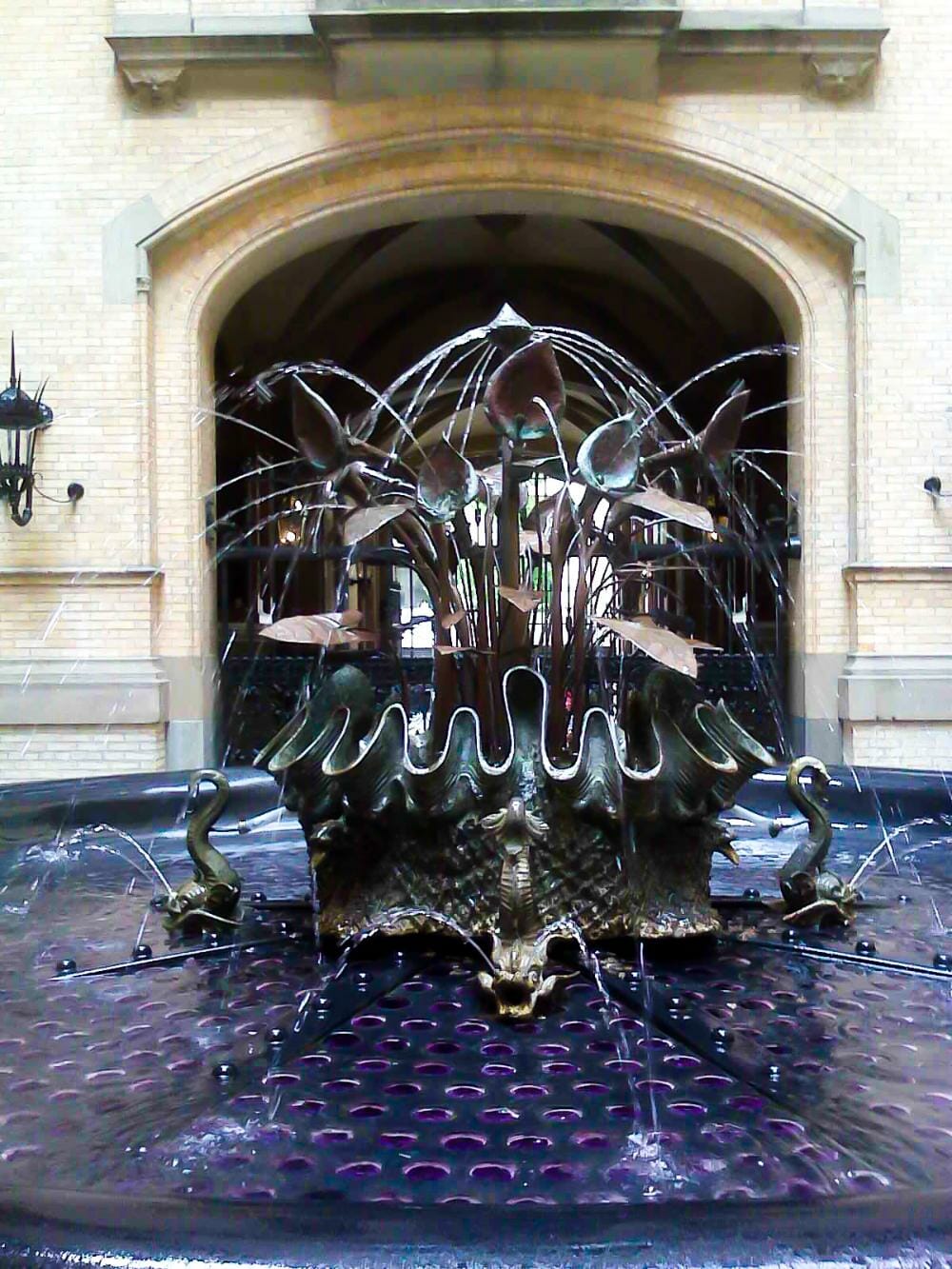 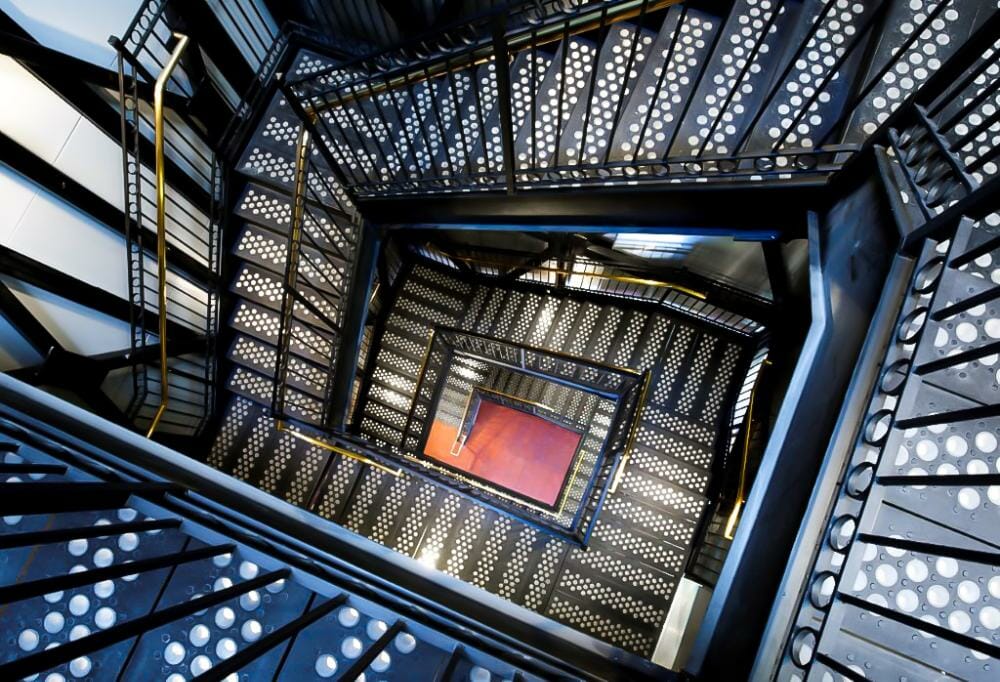 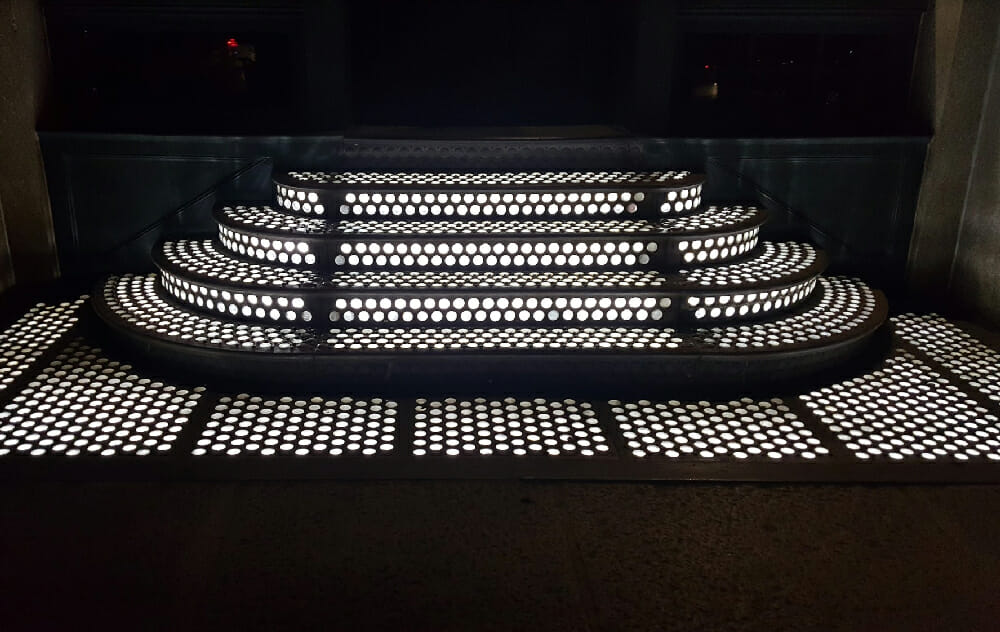 Glass bullet and cast iron vault lights can be used in a multitude of applications including sidewalks, stair treads, riser and landings, deck lights, bridges, and more. They will add unique appeal anywhere they are used.

81R vault light walkable surface is available with a black patina finish. Other colors are available upon request.

Click here for our online brochure on the 81R Vault Light Panel Systems.

In the 19th century, burgeoning cities on both sides of the Atlantic had to solve the problem of lighting underground spaces, such as basements, tunnels, and other dark “vault” areas under urban streets and sidewalks. Of course, there were open flame light sources; however, a less-flammable alternative from the shipbuilding industry inspired city planners of the era.

Glass pieces called “vault” lights were invented in 1845 by Thaddeus Hyatt to provide illumination below a ship’s deck without potentially setting the vessel ablaze.

Following Hyatt’s lead, city planners and architects designed and shaped glass prisms to disperse and bend light throughout a dark subterranean or “sidewalk vault” space. They set prismatic discs into iron grates or interlocking iron discs that could be linked together to form a walkable surface. The glass pieces were sometimes slightly curved at the walking surface and angled on the bottom to “throw” light into the darkest corners. Sidewalk vault lights became a common sight in cities across North America from the 1860s through the 1930s.

Some of the original glass dating back to the vault light era still exists in cities like New York and Chicago. Many were paved over during World War II to make cities less visible to potential Axis bombers. Others became chipped, loose and obsolete in the decades after the introduction of electricity and were haphazardly patched with concrete, wood, or asphalt–usually to poor effect.

Property owners have sought appropriate replacements for vault lights in their streetscapes to restore and recreate these glass gems of the Victorian era. Enter glass bullet pavers from Circle Redmont. For those looking to retain the historical value of their properties, Circle Redmont’s 81R bullet glass and cast iron vault light panels are a perfect choice. 81R glass bullet paver panels are recognized by the New York City Landmarks Preservation Commission (LPC) as a suitable replacement for existing vault lights. If you have a restoration project, 81R will return your cast iron pavement to its original splendor.

The 81R prefabricated cast iron and glass bullet paver panels add light to vaulted areas. Moreover, Circle Redmont has intelligently updated and engineered the vault light for today’s structural loading requirements while retaining the original aesthetic. Moreover, we offer several ways to customize our beautiful glass prisms. You can specify colors and textures to create a truly unique surface yet allow for the two-way transmission of light. Circle Redmont also offers square prisms in addition to the classic rounds.

While a black patina is the classic panel choice, Circle Redmont also offers customized colors. We offer a sandblasted finish for slip resistance on all panels.

Circle Redmont also offers its vault lights set into precast concrete units, the 82R system. Concrete is synonymous with strength and performance that endures for decades, so like cast iron, concrete vault lights are beautiful, sustainable, and highly durable.

Our concrete panels are also customizable and can be glazed with colors or embellished with designs for a truly customized result and a contemporary appearance. Circle Redmont’s concrete vault lights (we also offer our 71R pavement lights set into concrete) are available in six standard colors and three custom finishes: sand blast, light broom, and acid etched. And as with our cast iron vault lights, our pavers are available in square or round options and in various diameters. And, of course, all of our concrete vault lights are engineered and ASTM-tested for safety and reliability so that you can confidently specify Circle Redmont vault lights.

Finally, Circle Redmont offers a steel option for vault light panels: regular steel, stainless steel, or hot, dipped, and galvanized steel. Plus, our steel panels can be finished in various powder-coated colors. As with all our products, we thoroughly test our steel vault lights for safety. Our steel vault lights have a live load capacity of 125 lbs. PSF or greater.

Request a Quote
Page load link
This site uses cookies. By continuing to browse the site, you are agreeing to our use of cookies. OK
Go to Top